This monday, news about the first A350-1000 flight finally surfaced: thursday, 10:30am! Only one shady detail: “weather permitting”. Indeed, weather wasn’t looking too good for thursday, but then I remembered the 737MAX first takeoff wasn’t all sunshiny either. I decided to book transport and a place to stay anyways, and the little day trip was born! 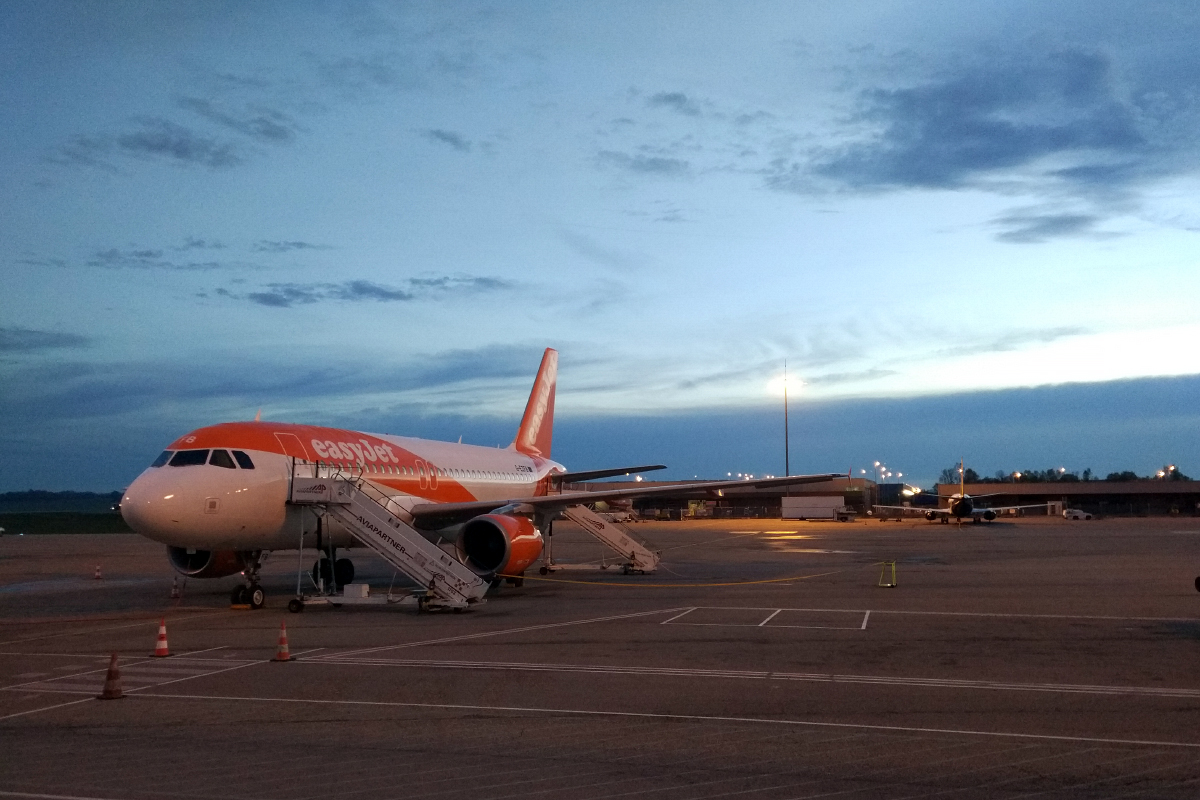 After a 45 min flight from LYS and a bit of a bumpy ride on approach, we landed from the north at Blagnac airport. On the right side, multiple A350s, SQ, CX and A330s waiting for either a test flight or delivery. As we were deboarding, a beluga had just landed and was vacating runway 14R. 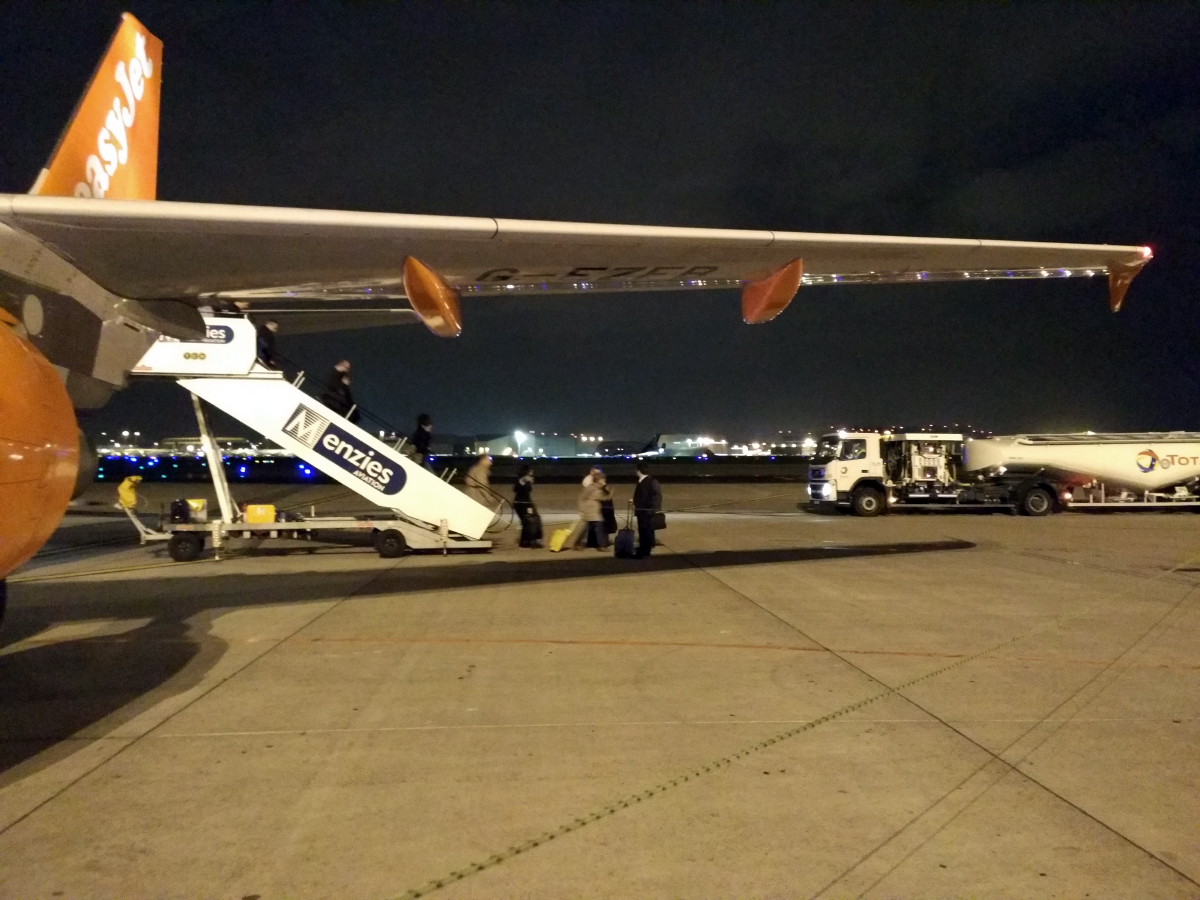 I always get this strange magical feeling every time I arrive in Toulouse, like getting into a toy shop when you’re a kid.

The next morning, I was the second one to get to the hill around 8:30, after a refreshing walk from the hostel in Colomiers. Right away, i got treated with some unique factory traffic: AZUL A320Neo, Belugas, Rwandair A330 and the factory A321Neo. 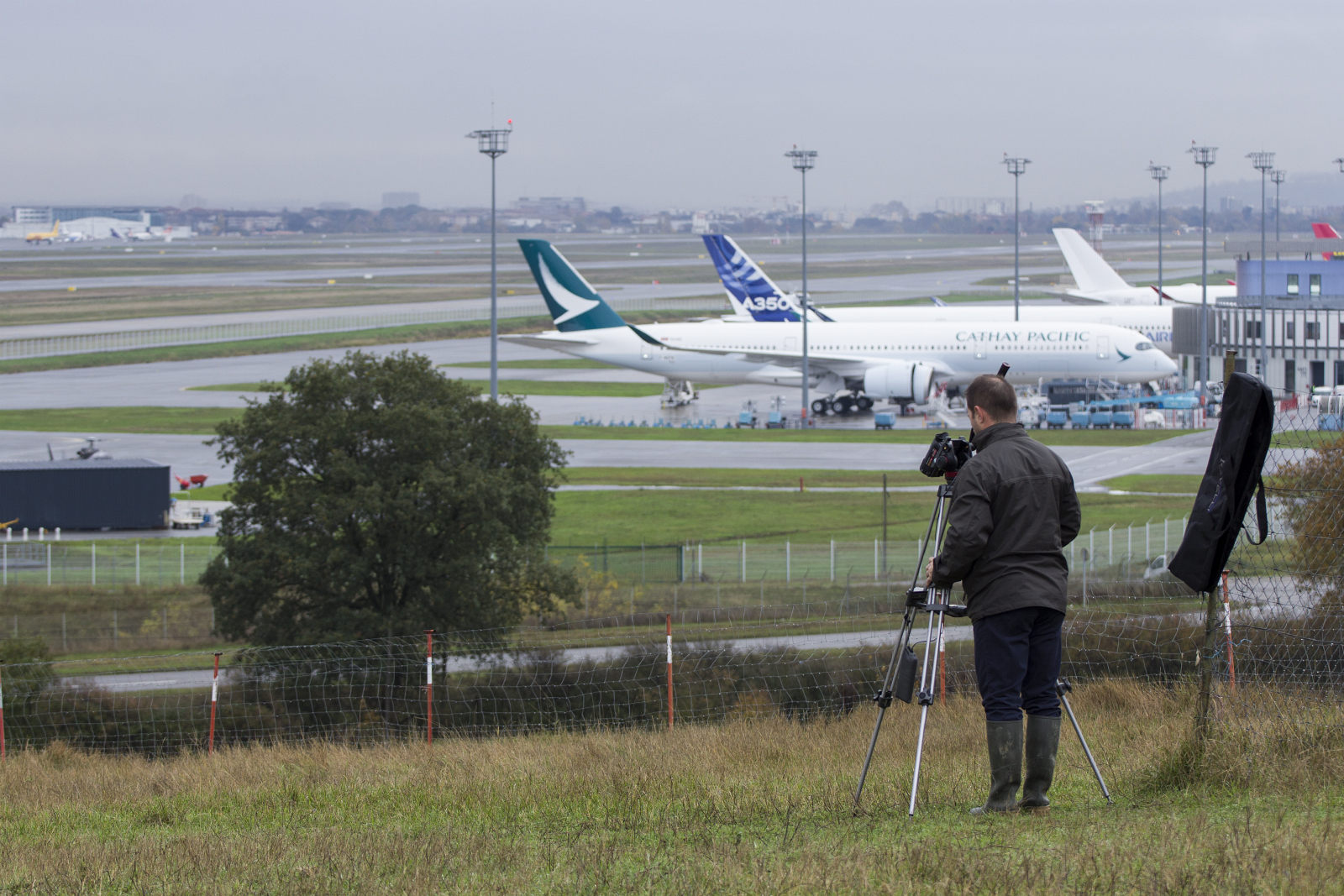 A little later, an engineless A350-900 got towed from the other side of the airport. I think those paintless aircraft “straight outta Toulouse” are by themselves worth the trip! Notice the 4T weights hanging on the pylons to compensate for the lack of engines 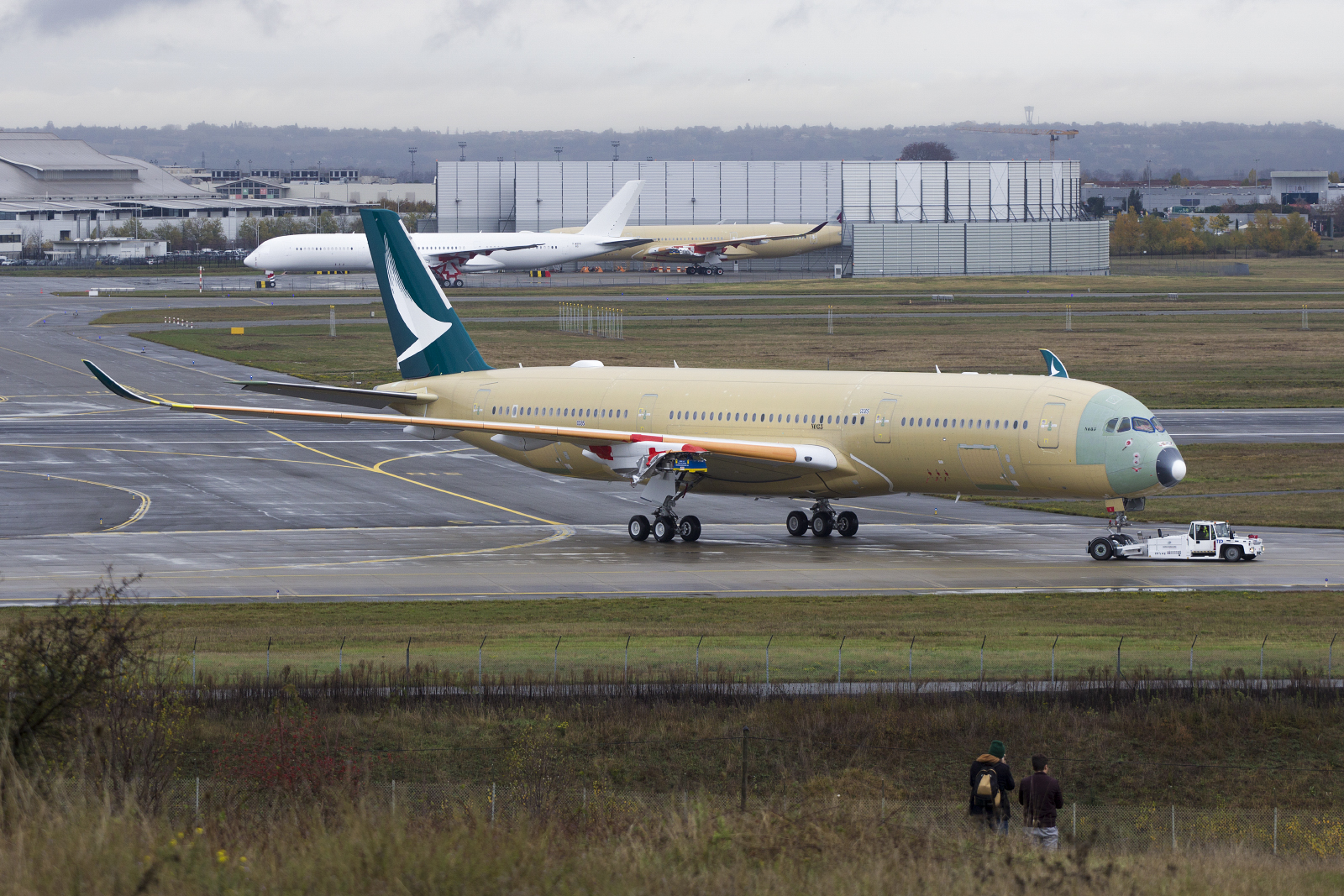 As 10:30 was approaching, a good crowd had already gathered on the hill. I even recognized a few familiar few faces from 3 years ago. 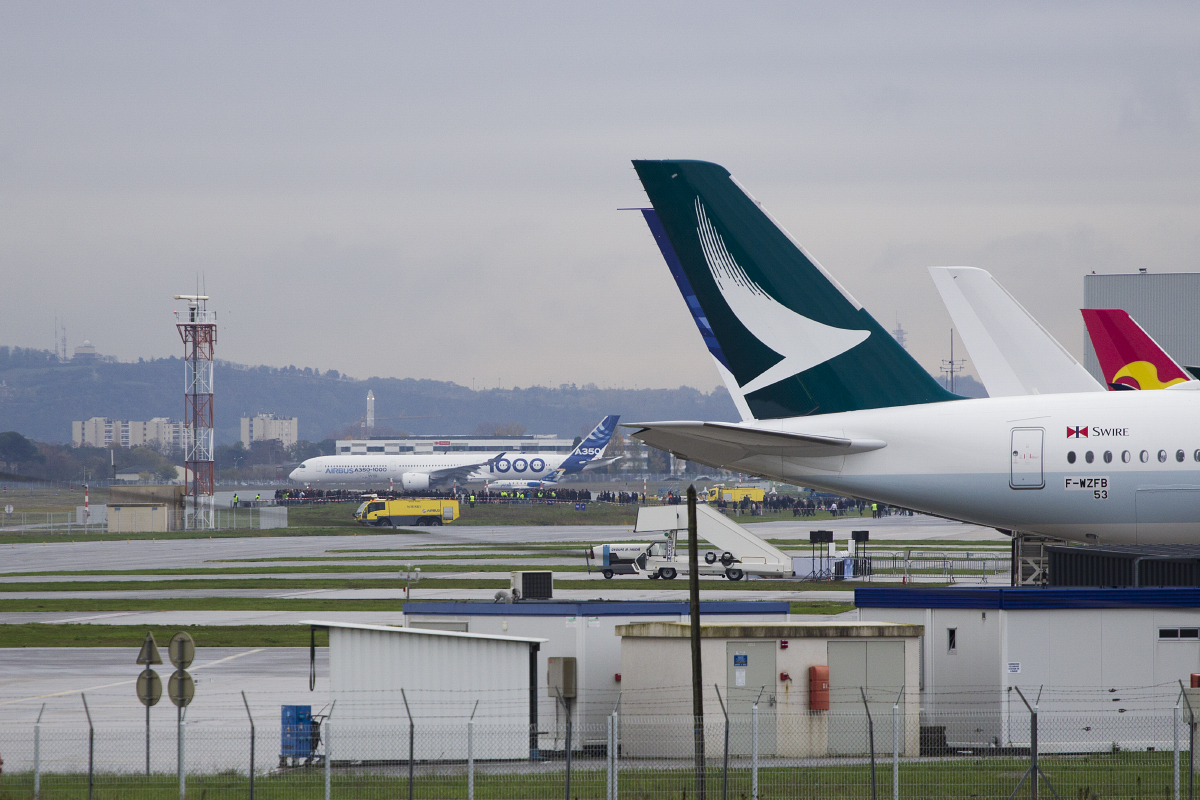 The takeoff was delayed by 10 minutes for some reason. At 10:38, the Falcon C20 chase plane, that was waiting on the runway in front of the A350, performed a low altitude left hand circuit and lined up on the right parallel to runway 32L. As it approached the runway, the latest A350 spooled up on the wet runway and after a short takeoff roll, rotated effortlessly into the humid sky! 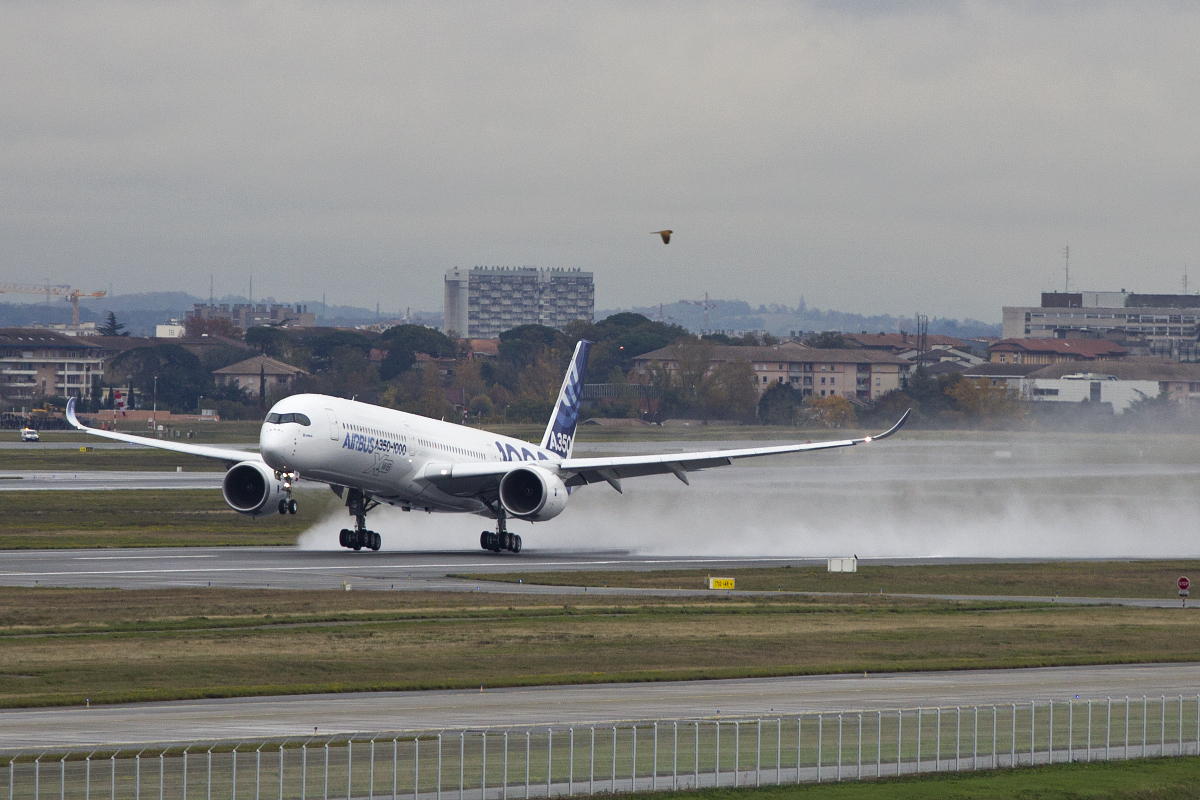 It didn’t climb very steeply, and soon disappeared in the clouds, with its gear down. 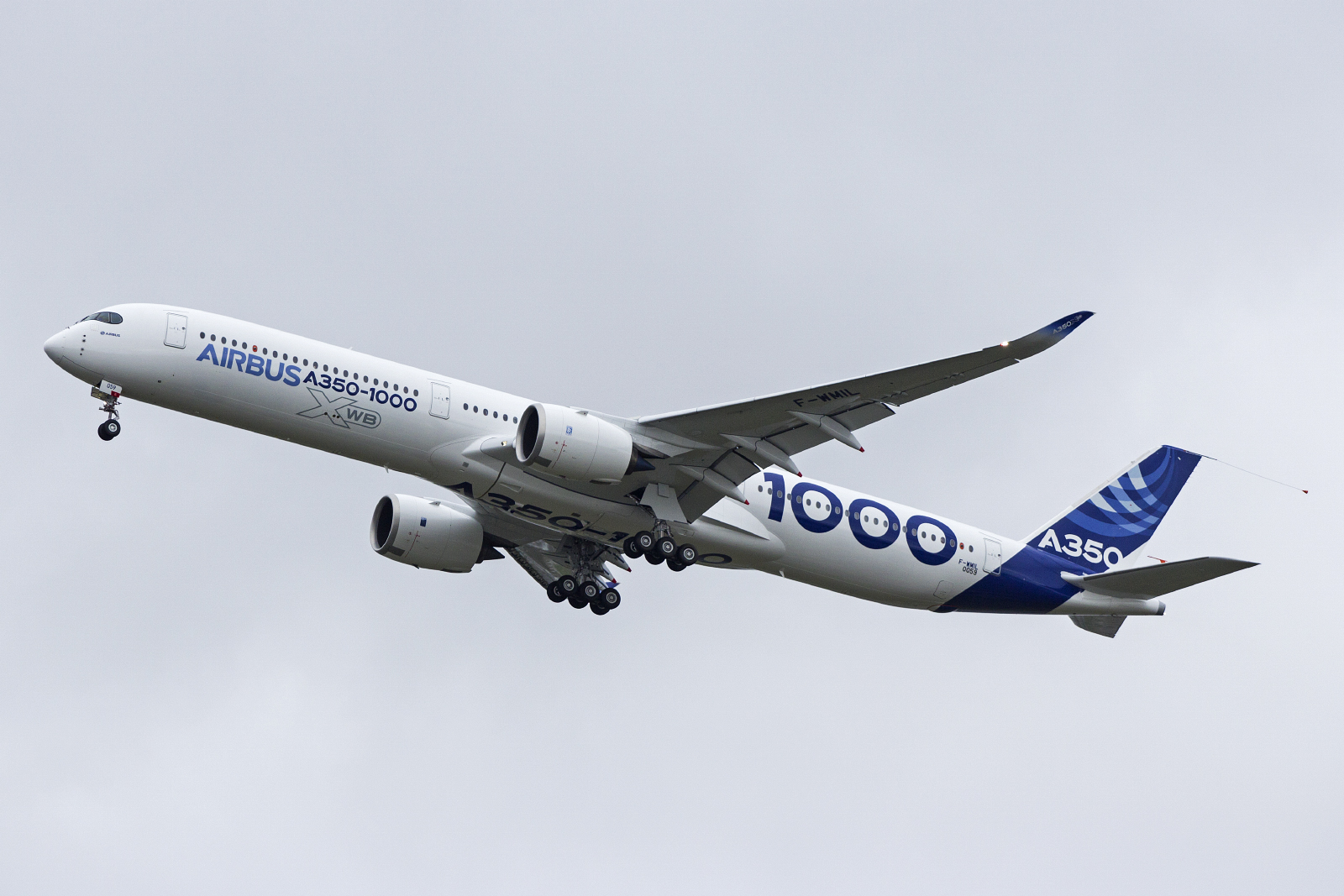 I got surprised by Jujug spotting’s images that morning, taken from the other side of the airport. Although the hill probably offered a nicer view, his location was certainly a lot better to shoot the takeoff!

Walking the 6 or so km alongside the never-ending Airbus and ATR hangars never fails to give a glimpse of the latest news in Airbus and ATR liveries and deliveries. Parked in front of the ATR assembly buildings was this raw 42 with all the rivets still visible.

Once at the spot, I was soon treated with one of the highlights of the day, the future A330MRTT of Singapore air force! 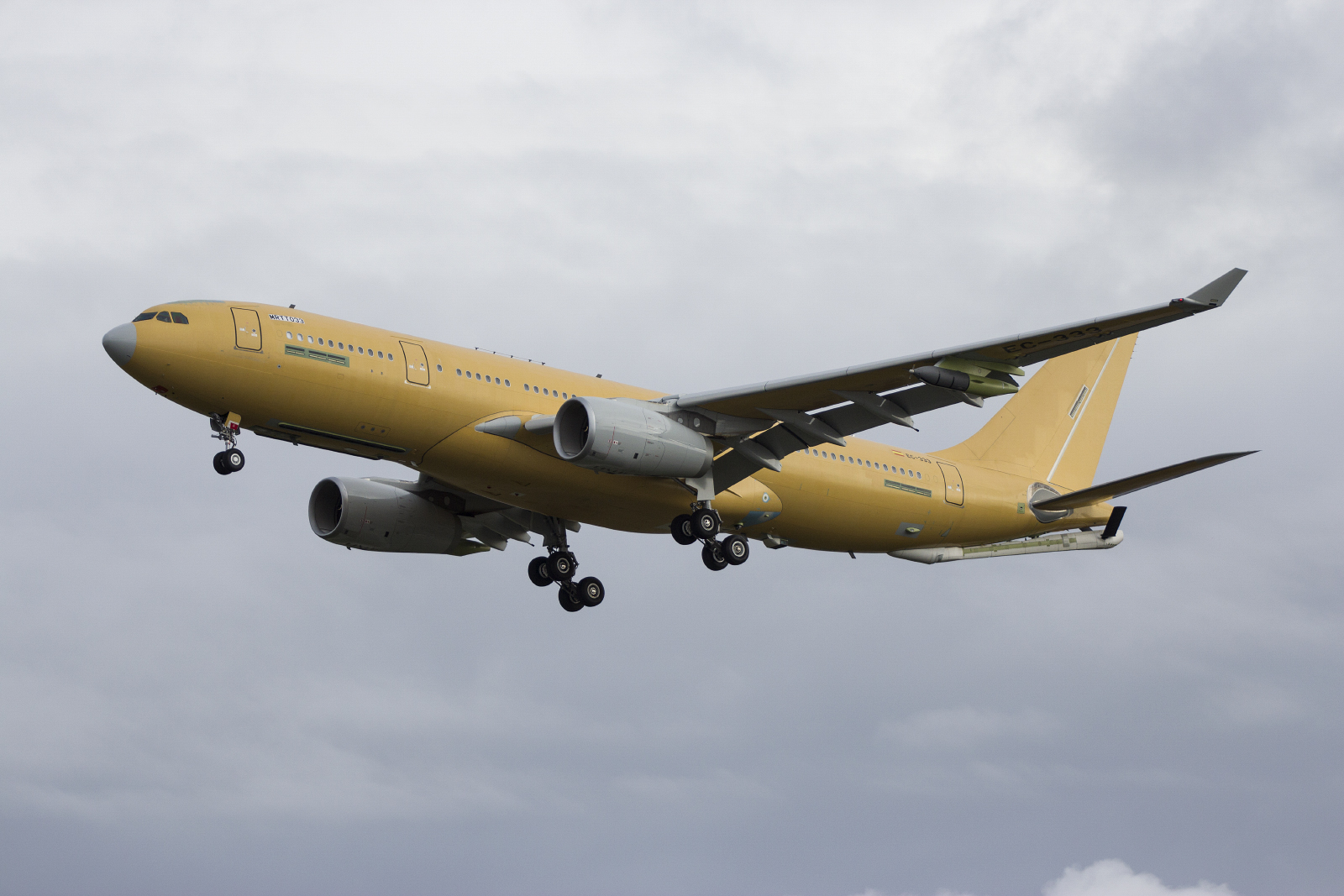 After touch down, it did another circuit before disappearing again.

There aren’t many places to eat around the airport except for a few food trucks and warehouse styled restaurants. Around 1 pm, I was getting hungry – but you know how it is – spotting always beats hunger… After shooting the second A330 touch and go from a different angle closer to the centreline, I noticed there’s a pizzeria right next to the spot, Le Bon Midi! A LAX In-n-Out burger kind of place! What a relief!

While the -1000 was still doing its thing south from Toulouse, the Spirit yellow bird made its way back in style, performing a rather late go-around! Those engines really are quieter, it’s impressive.

The second approach was a touch-and-go, with the RAT deployed! Very strange sound!

Surprisingly, as the planned landing time was approaching, the parking spot was still only occupied by a few spotters, including Richard, Didier and Jean.

Just before 3pm, fr24 news came in that the beast was approaching! Sure enough, the latest Airbus did a 500ft low pass over 32L with the Falcon on its right wing! 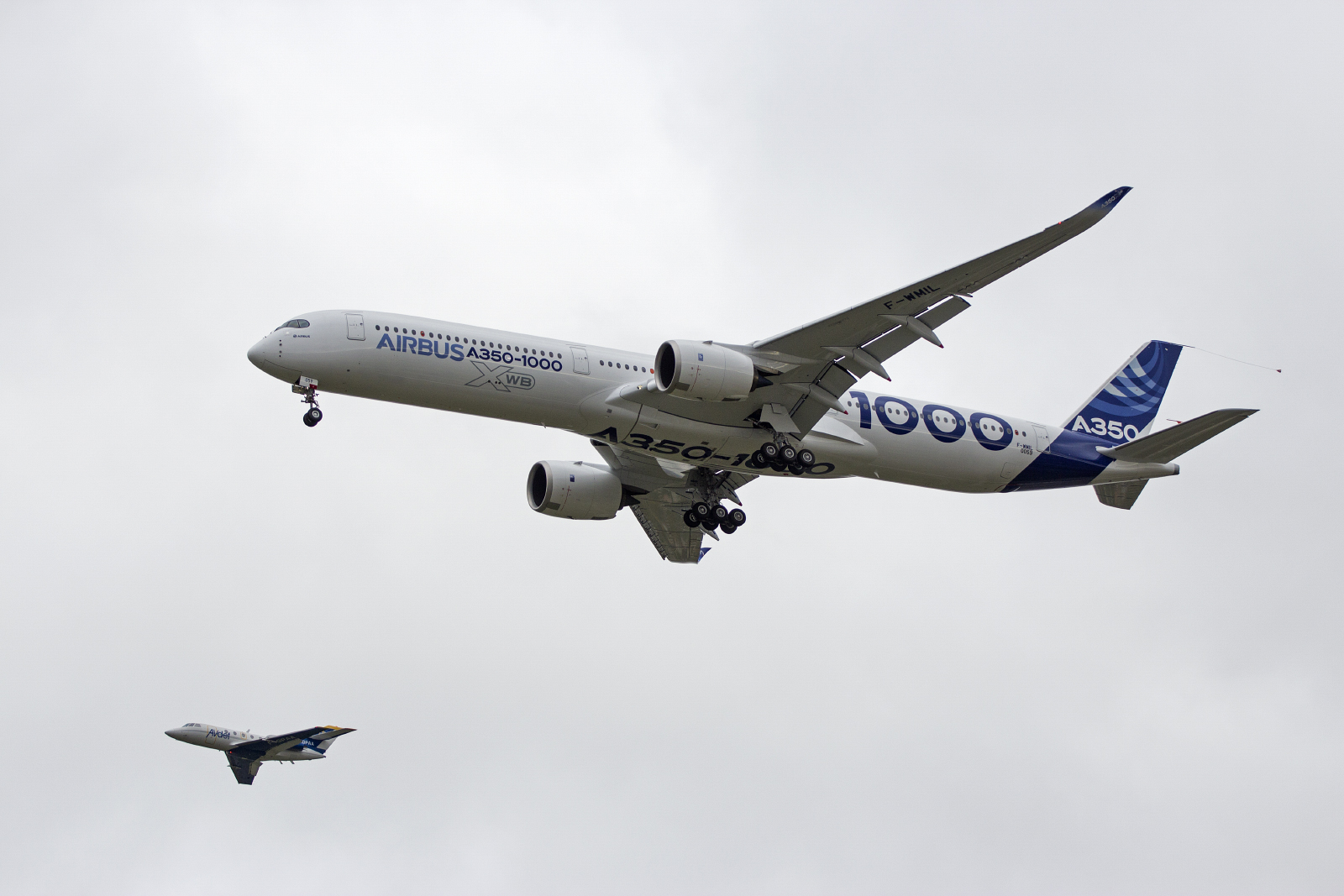 Near what seemed like the end of the runway, it engaged into a left turn, suggesting a left hand circuit before landing back on 32L. A few seconds later, it was banking right though! For a second I though: “what is this an air show?” It was no good news for us, and certainly an incredible treat to those who stayed on the hill! The pilots really did a 180 and after less than a minute, they were lining up for an approach runway 14R.

They landed successfully before parking alongside the original A350 next to the delivery centre.

Later on, a few openings in the clouds allowed for some quality photo ops! 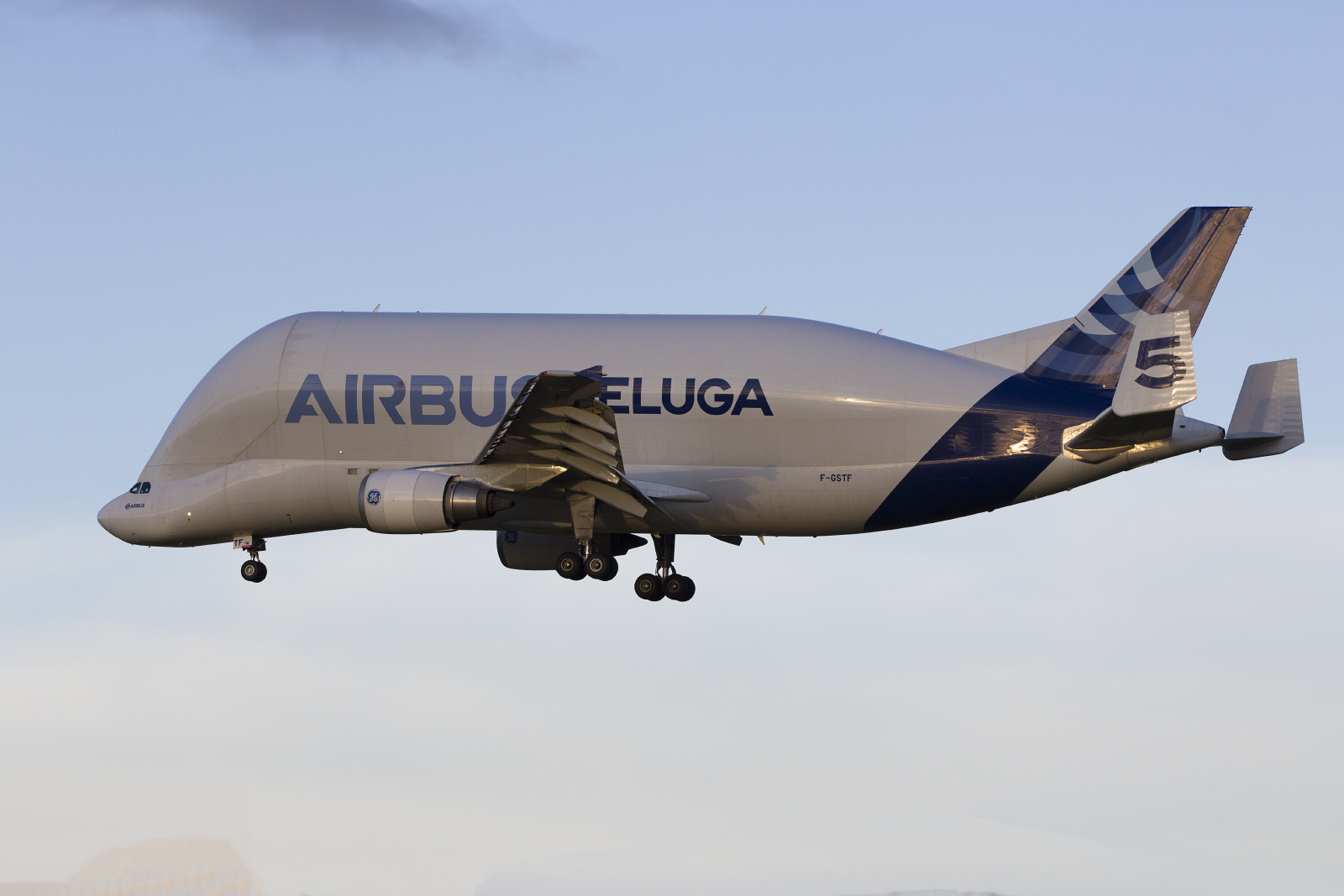 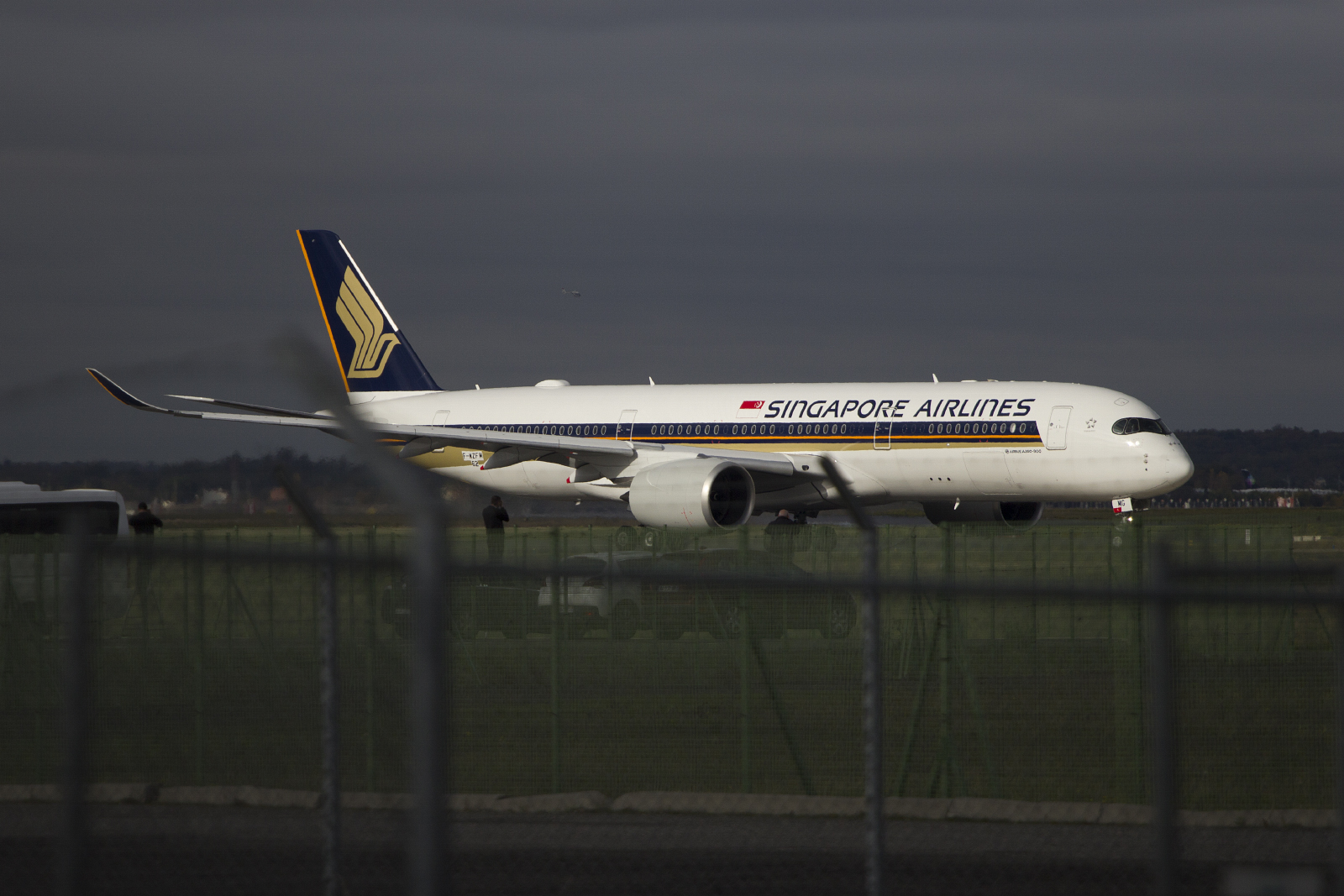 The Singapore A350 that took off earlier was still nowhere to be seen. After chatting a bit more with the local spotters and catching a few more gems, it was back to head to the city. But not before catching two of the best pieces of day!

Toulouse airport is like a Mermaid. Once you need to go home, it just keeps luring you back in with unpainted aircraft, pre-delivery test flights and other treats. 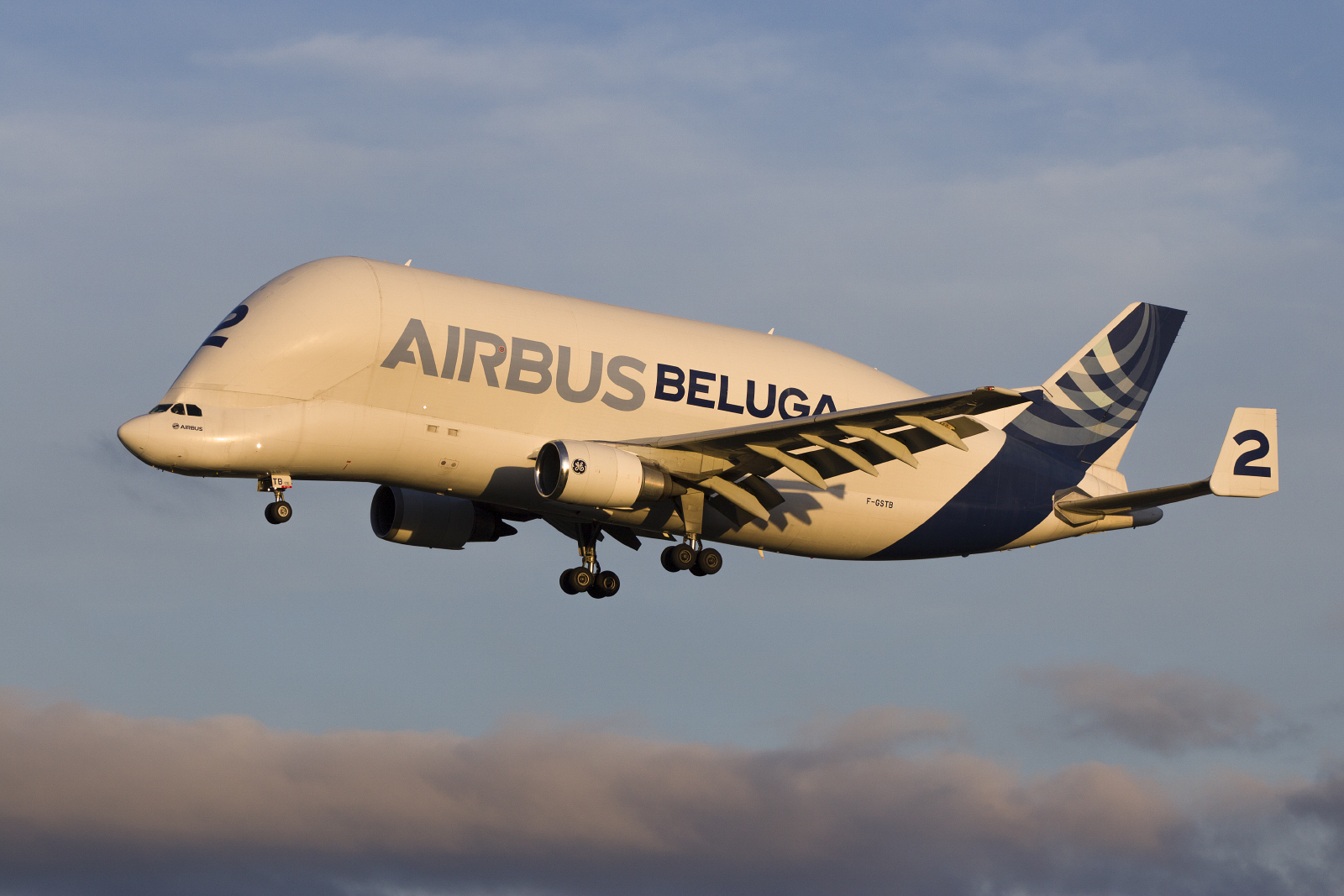 So, dear readers, and Toulouse, see you next time!