Sometime in the past, when boarding through mobile stairs or a stairs truck (otherwise known as the-only-real-way-to-board-an-aircraft) you might have noticed a distinct rattling or clicking noise coming from the engine.

As strange as this might seem at first, it is normal. Ok, but what is it exactly? I wanted to know what is behind this, so I looked into the matter, and here’s what I found. 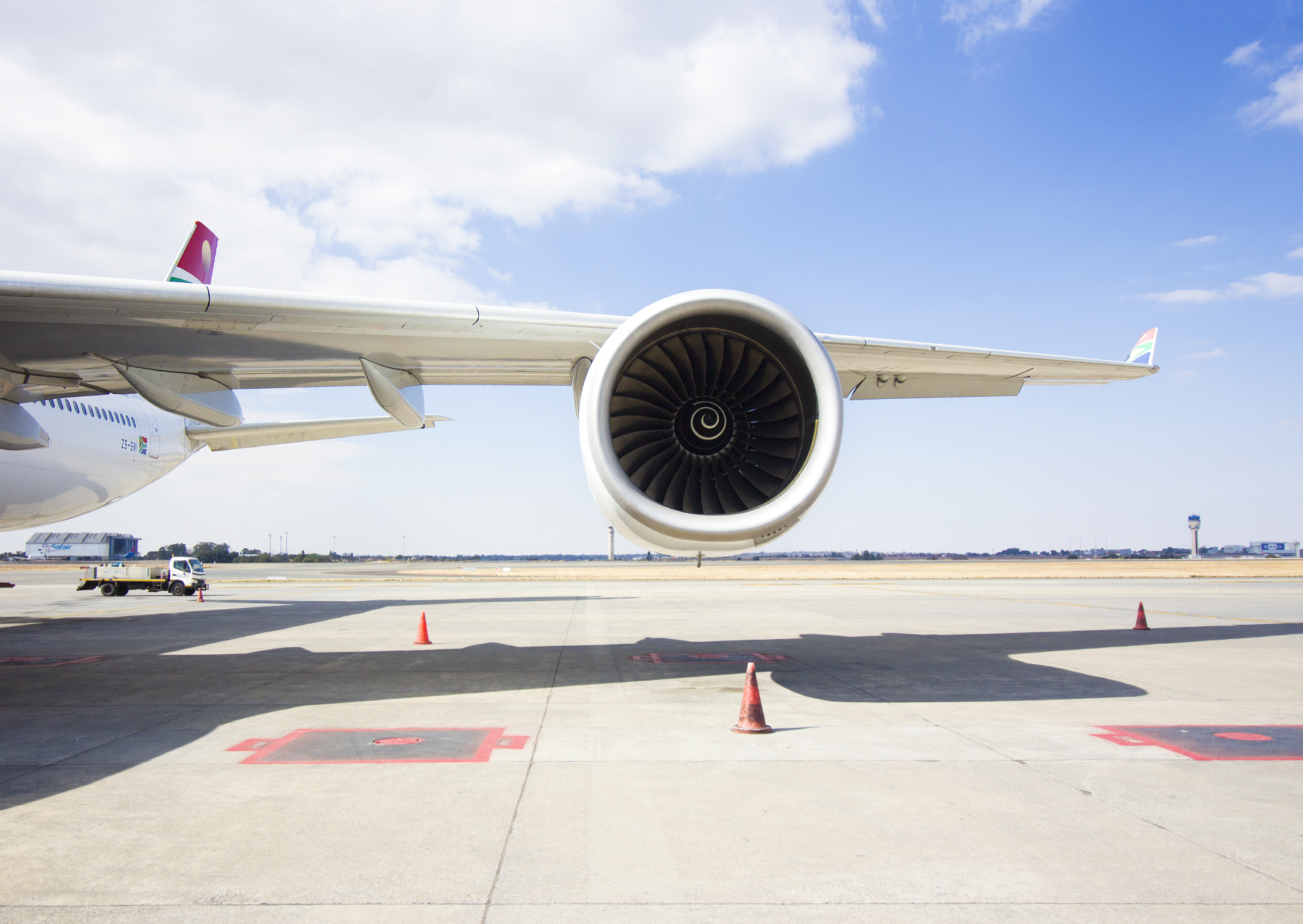 As an example, the GE-90-94B’s 310 cm diameter fan rotates at about 40 revolutions per second during takeoff. Each blade weighing about 20 kg, you can only imagine the amount of force that’s exerted on each blade (hint: it’s in the 10s of tons).

In order to absorb and dampen the vibration and prevent accumulation of excessive stress in critical parts of the blades such as the root, the blade mounts are designed with a slight looseness.

The diagrams below shows an exaggeration of the slight gap between the fan blade and the mount in the fan disk:

When the engine is running, the centrifugal and other forces described earlier will push the fan or turbine blades mostly outwards against their mounts. This puts significant pressure on certain parts of the blade. If the blades were fixed, stress and vibration would mostly occur at the same spot, exposing it to excessive stress and rupture. The looseness allows the blades to find their optimal position and distribute the forces more evenly when under load.

As Agentjayz, a gas turbine mechanic, puts it in this short video about the topic: “that slight looseness allows for some absorption of energy that would build up with vibration and could possibly cause the turbine blades to crack or break off”.

What causes the rattling and clicking 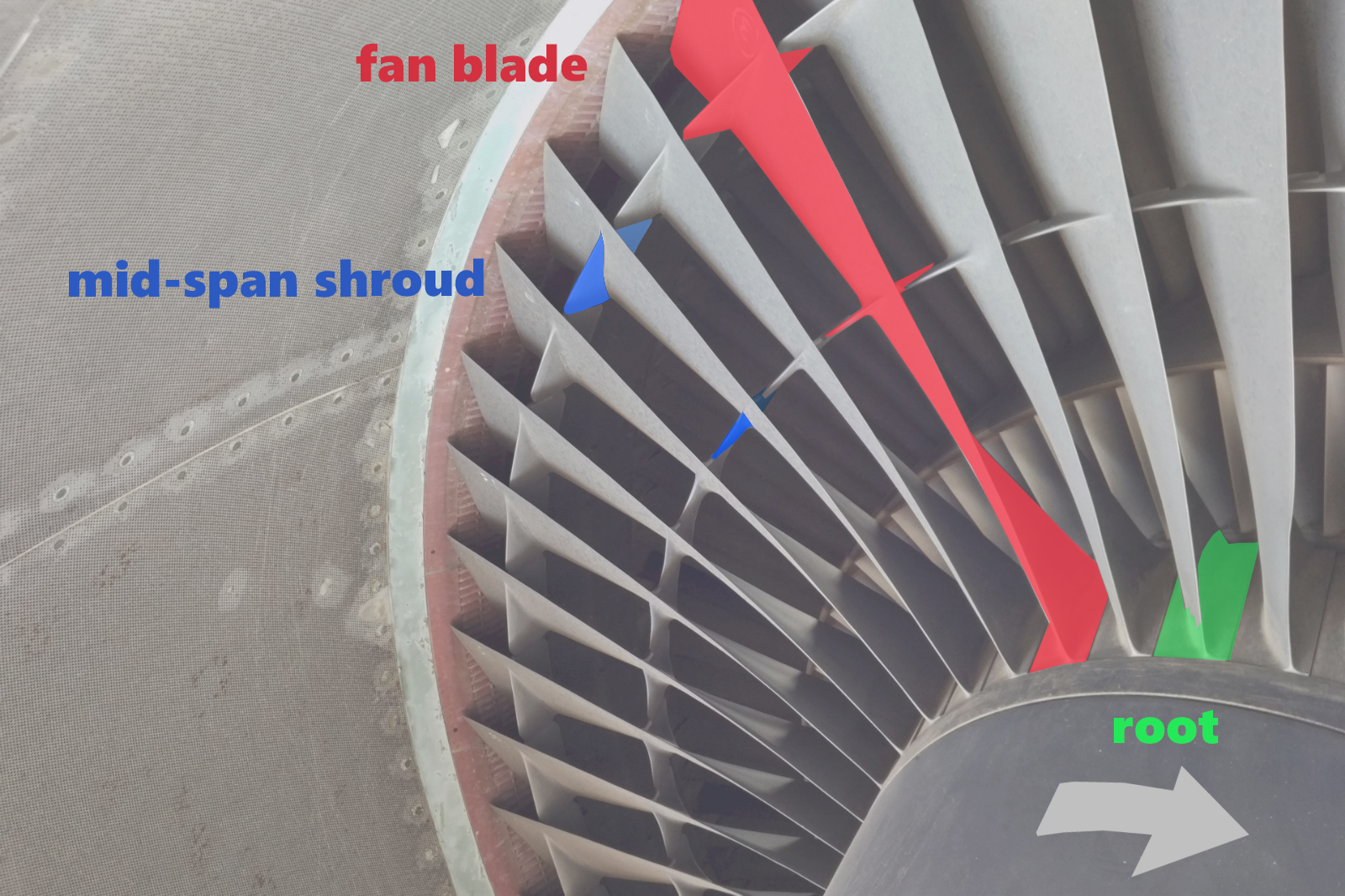 Older engines, like this Pratt & Whitney JT9D, powering the 747-200 for example, have a large number of titanium alloy fan blades, compared to more modern engines. Because of their shorter chord, significant length and the loads they experience when operating, they are designed with so-called mid-span shrouds to help absorb excessive vibration and provide torsional rigidity.

At low speed after shut down or when windmilling, each time a blade passes through and beyond the “noon” position (and 6 o’clock), it slightly moves (because gravity). This causes mid-span shrouds (on older engines) and the blades’ roots to touch making that clicking or rattling sound.

Here is a closeup of the phenomenon, on a more modern engine:

As you can see, there can be a pretty signficant play on some engines, like the smaller one above, used to power medium size private and regional jets. 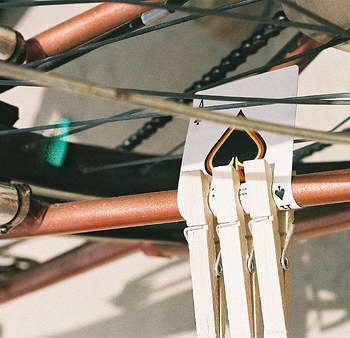 I recommend AgentJayZ’s channel, where he has a 747-LOAD worth of turbine engine videos, anything from how to assemble thrust bearings, to live runs of engines like the RR Olympus or detailed demonstrations of compressor blade blending.