Before taking my flight from Toulouse Blagnac airport the other day, I took the opportunity to visit the newly opened aviation museum. From airliners to prototypes and fighter jets, this museum has a lot to offer. This articles is meant to give a brief overview of what you can see, my take on who it is for and if it’s worth the trip.

Toulouse Aeroscopia is located on the Nort-Eastern side of the airport, right next to the A380 final assembly lines. If you’re lucky like I was, you can get a sneak peak of a new A380 being finalized in the huge hall right in front of the Ailes Anciennes museum, which is right next to Aeroscopia.

It is quickly apparent that much effort has been put into the Museum, which opened in 2015. Most aircraft, some of which belong to the Ailes Anciennes association, are housed in a tall banana shaped hangar. Out on the open air are three iconic machines, an Air Inter Caravelle, an Air France Concorde registered F-BVFC, and F-WWMT, the A400M prototype.

The new and spacious entrance hall has a ticket desk and a souvenir shop, with stairs leading to the main hangar exhibit.

The entrance into the exhibit is quite cleverly made, with a dark tunnel that I suspect wasn’t made by chance, because the effect of walking into the hangar is quite breathtaking!

Airbus and foreign treasures under one roof

Each of the three large aircraft on display is very unique. First is the Airbus A300B1 “prototype” F-WUAB. Well.. at least that’s what the paint says. In reality, the aircraft is MSN 238, a 34 year old A300-B4 that was originally built for Laker Airways. The airline ceased operations before the aircraft was completed so it went to storage after its first flight in February 1983, and was delivered to Pan Am in 1985. The aircraft was then acquired by Sempati Air in 1993, and by DHL in 1999 and flew as a frighter, before being withdrawn from service and preserved for the museum.

Next is one of the Concorde development aircraft, F-WTSB (MSN201). It was used for testing along with the two Prototypes and two Pre-Production aircraft. Although it was initially supposed to be delivered to an airline, it was only used for tests and retired in 1985 after only 909 hours flown.

Personally, having seen the first two types before, the most intreaging to me was the heavily modified and bubbly Boeing 377 Super Guppy, F-BPPA. Before the A300 Beluga came around, it used to transport wings or fuselage sections between assembly lines.

Here’s a Super Guppy strange tech detail: the flight control cables run through the main deck floor, so each time the aircraft’s nose was opened for loading, the 40 or so cables had to to be disconnected and then reconnected before the aircraft could fly again.

Other aircraft sit below and beneath the three giants, the more notable being a Mig 15, Falcon 10 n.2 prototype or F-104 Starfighter.

On the terrace, there is a lineup of almost all Airbus and ATR aircraft models, at the same scale, as well as a historic aviation timeline with more models.

In short, there is something for everyone.

Here’s the longer version. From a aviation enthousiast perspective, the effort in restoring and preserving the airplanes is unmistakable. All the aircraft under the hangar have fresh paint and look almost brand new. Even the Air France Concorde and Caravelle outside have a ridiculously good paint. A few details are missing here and there, like the exhaust cones on the A300, but otherwise there doesn’t seem to be any damage.

The interiors are well kept and you can access both the test Concorde as well as the A300B4. It isn’t possible to access the cockpits, as usual for aviation museums, but open cockpit days are organized a few times a year.

From a realism perspective, the A300’s interior was a bit of mixed feeling. The front part of the fuselage was stripped from the inner panels to show the belly and inner structure of the fuselage.

The aft private jet mock-up portion on the orther hand looks cheap and out of place, a bit like an ikea showroom. If we omit the fact that it is presented as the B1 prototype and has real “fake registration”, the aircraft would have deserved a bit more “historian’s respect”.

I always prefer to see an aircraft preserved as is with no modifications, without learning materials, add-ons or cutaway. On the other hand, I can understand that it is a general public museum also made for families and kids who want to learn about aviation. Plus, in any case, it is of course better than nothing all!

From a general public perspective, most visitors were families with little kids or teens, and they looked like they were enjoying themselves. There are a few interactive experiences in the hangar, like a simple flight simulator, an airline customization simulator and a little cinema. Every aircraft has a description and you can walk either under or close to every aircraft, which is very impressive especially for the bigger machines like the A300 and the Concorde. 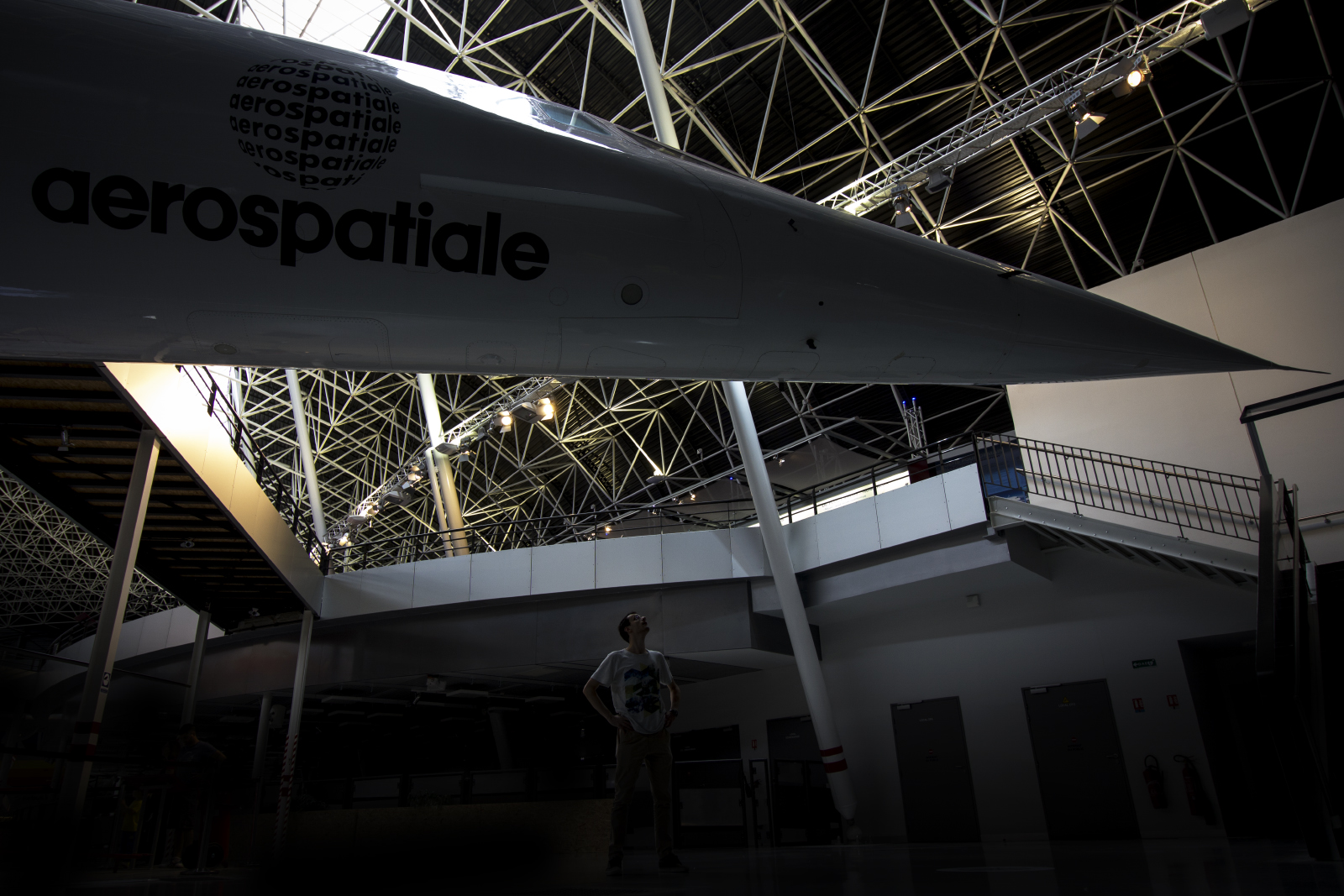 Near the exit, there is a souvenir shop with books, Airbus and other aircraft models and the usual museum swag. I spent about 4 hours in this relatively small museum, and would have stayed longer if I could. But then again, I could stay in just the Concorde for a whole day…

Hope you enjoyed this review. If you’ve already been to the museum, what was your opinion?

Website: http://www.musee-aeroscopia.fr/en
Google map
Opened from 9:30 am to 6 pm every day incl Sundays
Entrace fee: 11,50 € adults, 9,50 € reduced and free under 6 yo
Right next door, there is also the Ailes anciennes aircraft restoration workshop, and organized Airbus factory tours that can be booked via Let’s visit airbus.