Around 1966-7, at a time when the 747 program was burning about 5 million $ a day, the 747 engineering team led by Joe Sutter faced a sudden crisis. As they were moving towards building the first prototype, they found a major problem with their wing: the outer section was bearing too much load. An order from above soon came in: a new wing had to be designed. Feeling that this costly operation might put the whole Boeing company into peril, Joe and his team took the matter into their own hands…

A sudden stall for the 747 program

As the aerodynamics testing was almost finished, wind tunnel tests showed a problem. Pressure distribution on the outer portion of the newly designed wing was such that the internal wing structure could not properly support the excessive loads. To make matters worse, parts were already being built in the Auburn factory in Washington state.

Jim Hoy, an engineer from the structures team, proposed that they twisted the whole wing by 3 degrees (around its longitudinal axis). This solution wasn’t going to work in the current state of things, as it would require a re-design of the centre section of the plane, which is the complex structure where the wing and fuselage are joined together.

The A team fights back

Adding to the pressure on the original 747 team, Jack Steiner, the man who led the 727 and 737 programs, believed the current wing was “unsalvageable”. Adding insult to the injury, after an internal engineering audit, a group of 50 engineers was gathered around Steiner and set out to redesign the wing completely. 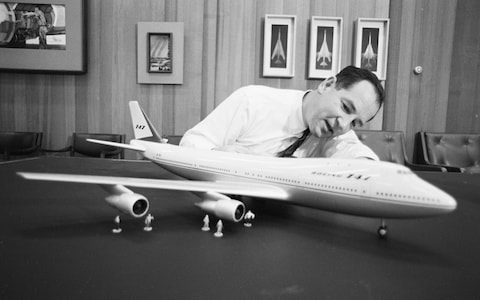 Joe Sutter wouldn’t have this, as he believed this could jeopardise the whole program. After gathering a few engineers to try to solve the problem, they realized after a while that they didn’t need to twist the whole wing to solve the load problem. Twisting just the outer wing section after the outboard engine pylon would provide 80-90% of the effects from twisting the entire wing.

What’s more, it would be a lot easier and cheaper to implement. It was a close call for Joe and his team, but their ingenuity allowed them to dodge yet another obstacle in the race to creating the soon-to-become mighty 747. The press picked up the story, and so the Sutter twist was born.

The twist can be seen on current versions of the 747, like the -400 below, but also many other aircraft with a swept wing or even straight wing.

The story is detailed in Joe Sutter’s book, 747: creating the world’s first Jumbo Jet. Although I was expecting a bit more in depth engineering details, Mr Sutter’s book gives a really surprising look into what was happening behind the scenes of the massive task of designing the 747. From his work as a young engineer fixing the 377’s controls, to Juan Trippe’s intensely close involvement in the development of the 747, to the way he avoided the 1000 engineers job cut from his team, this book has a lot of great stories and valuable life lessons as well.

As there were no more technical details about why exactly they made the “Sutter twist”, I looked more into why wing twist, otherwise called washout, is implemented on aircraft wings.

The tip needs to stall last

During normal flight conditions, the outer part of the wing generates a relatively small portion of total lift. On the other hand, being the farthest from the fuselage, a force applied near the wing tip has a large moment arm.

This is why ailerons are located at the tip of the wings and also why they only need relatively small deflection to turn the whole aircraft. And also, why robbers use this:

In case an airplane is reaching critically low speeds and angles of attack, there needs to be a way to maintain some control before the aircraft gets into a complete stall.

On swept-wing aircraft in particular, the wing tips must be the last part of the wing to stall. This is mechanically achieved by twisting the wing downwards to decrease the effective angle of attack near the wing tips. On older aircraft, wing fences were also used the prevent span-wise airflow which contributes to reducing the effective air speed. 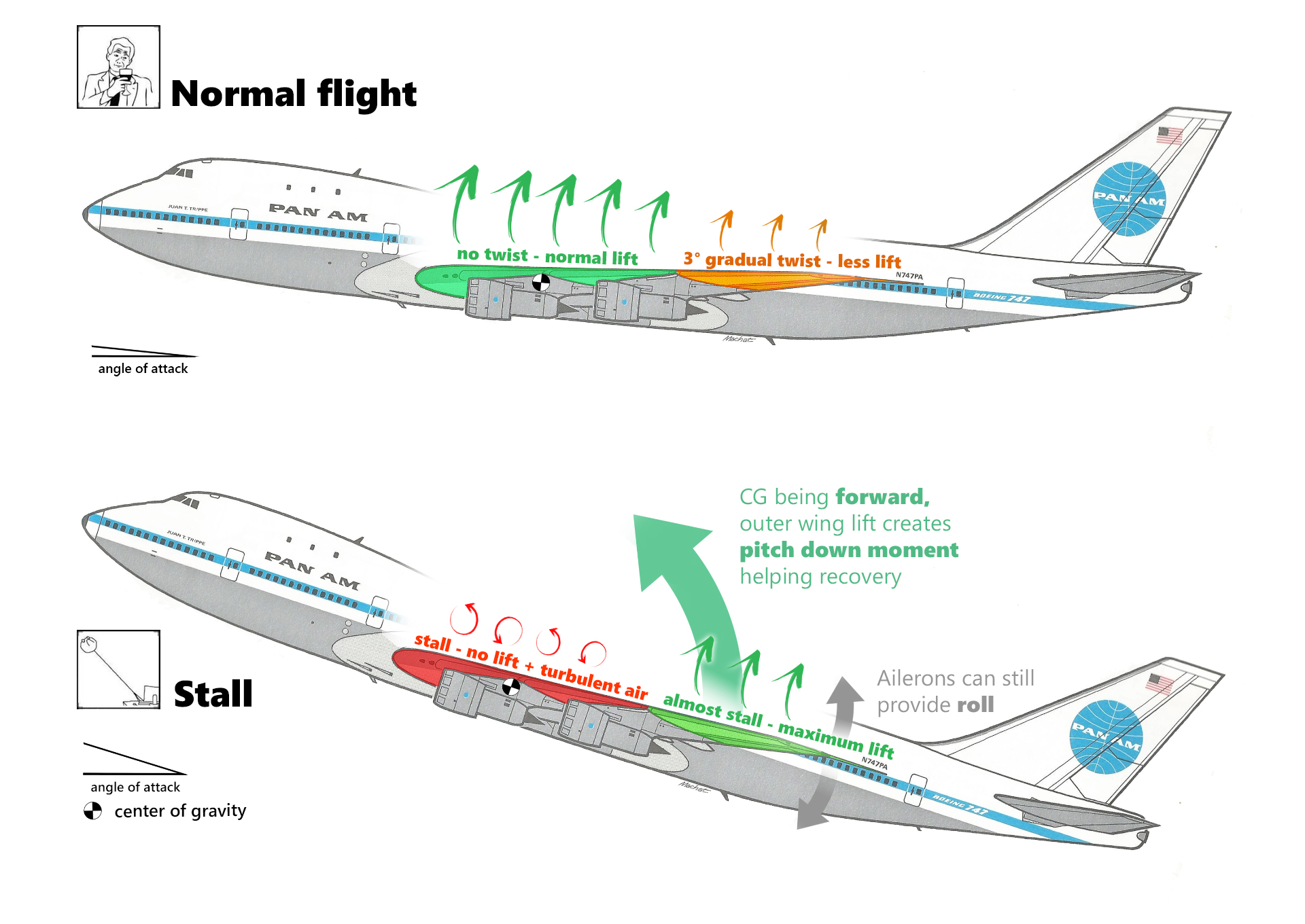 As shown above, the outer portion of the wing has a constantly lower angle of attack, and will therefore stall after the wing root. Since the wingtips are situated behind de center of gravity, the remaining lift will help force the nose down. It also allows the pilots to maintain some control over the ailerons.

Bonus: A house with a twist

While we’re on the topic of 747 wings, here is a house with a Subtle twist: the Wing house on the hills in Malibu, made by architect David Hertz.

In the design, he used the two wings from an old 747-200 as a roof and the engine pylon mounts as attachment points for support columns. From the vantage point of the picture, you can get a feel of the slight Sutter twist in the wing. 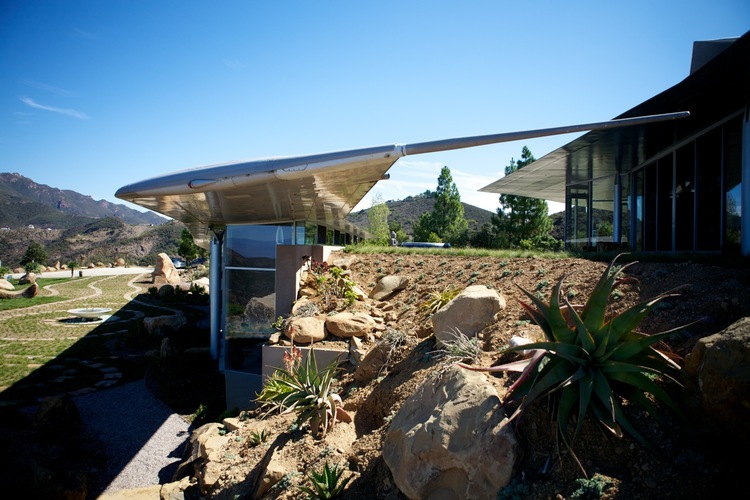 2 thoughts on “The Sutter twist – an engineering story”